Video: Under Lock and Key

'Under Lock and Key' is the first single from my new album Back Down, and represents the very first time I've ever made a 'proper' music video.

It was directed by Ben Morse, who is super at making videos, shooting me in the face with cameras and putting up with my shit. As someone with strange hair and messed-up teeth, I wasn't entirely sure how I would look on the internet when I wasn't being filmed drunk and in an empty bath, but I'm happy to report that I.. look like a total murderer. 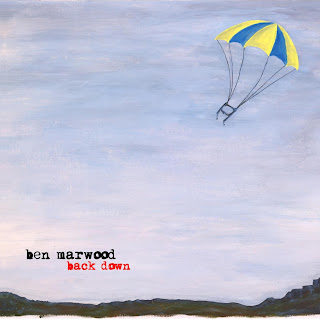 So, here we go. It's been a long time coming. Today's the day.

Well, 13th May is more like the day, because that's when my second album Back Down is out on Xtra Mile Recordings, followed by a UK headline tour (well, England and Scotland) to celebrate. More details on that to come further down the page.

Album spiel! Recorded over the space of eighteen months, largely in my hometown of Reading, Back Down is for the most part an actual, real studio album, in that the majority of it wasn't recorded on my bedroom floor at 2am with me sobbing at it going "why won't you WORK?!". Instead, the sobbing this time happened in a markedly more well-furnished studio with Matt Bew at the helm. We laughed, we cried, we ate a shit-ton of pizza and then had to wait a while to be able to move again before waddling back in. Thinking back, perhaps this is why the process took eighteen months.

Joining me for some of the tracks were a whole bunch of incredibly-talented and mostly free ne'er-do-wells often from my local scene. I roped in good friends (and sexy hunks of love) Scott Painter and Jay Newton of Quiet Quiet Band and Kurt Hamilton returns from Francis Pugh & the Whisky Singers to bring that pedal steel sound which helped the first album suck so much less. I even roped in my own brother Rick for some ukulele action, and as a result he is moving to Canada to escape the inevitable paparazzi invasion that will follow. Early on I took the decision that no click tracks or metronomes nor other crazy timing wizardry should be involved in this album, and boy, was that a stupid idea when you have up to nine different people playing songs they haven't rehearsed together. Thankfully, it all came together. Will I be doing it this way again? No fucking way. Do I like it in the end? Fuck yes.

Many exciting things happened this time around, including actually shooting a video for 'Under Lock and Key'. You can find it along with a sweet piece on the album on Rocksound right here. The video was shot by Mr Ben Morse, he who makes me look sexy in pictures and also made videos for buddies Frank Turner and Retrospective Soundtrack Players. You can read yet more stuff about everything here.

Oh, and before we get to the tracklisting and to the shows, you Londoners have a GREAT opportunity to hear some of these songs if you come along to Lexapalooza at the Boston Arms in London on Easter Sunday. It's an all-dayer for a great cause, the line-up is killer and you can find more information about it here

Info on supports and tickets to follow. Sadly for those of you who are not yet old enough to legally smoke or drink until you vomit, I expect these shows to all be 18+.

The songs, they are so:

BACK DOWN
out 13th May on Xtra Mile Recordings on CD/download
1. For the Skin and the Bone
2. These Are the Days When You Can't Go Home
3. The Soundtrack to the Trailer For Your Miserable Christmas Special
4. Under Lock and Key
5. This Industry Eats Its Young
6. I Promise You That It Will Be Okay
7. An Escape From Yeehaw Junction
8. We Are No Longer Twenty-Five
9. Demons
10. Don't Call It A Comeback
11. Murder She Wrote
12. Lake Wales

Hugs and stuff
xx
Posted by Ben Marwood at 06:58 No comments: