the results are in

Honestly, this is the last time i'm going to mention this EP, but the results of it were this:

a) i stopped counting yesterday when it sailed past 400 downloads
b) the money raised has paid for the mastering of the new album
c) the masters are at my house RIGHT NOW
and,
d) after 24 hours, the EP was #5 in the Bandcamp chart (#1 in folk, just pipping Sufjan Stevens) 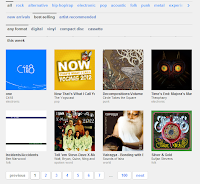 i screencapped it just for posterity, and because i find it entirely unbelievable.

so, thank you once again. i hope you all have a merry christmas and a fantastic new year, i'll be back in January with some new show announcements, details on the two new EPs and general messing around.
Posted by Ben Marwood at 11:41

an EP for free, for longer..

I feel like i've been assaulted viciously with inappropriate generosity and I think someone touched me on the bum. Sure enough, after offering up an EP for free for the first 100 people who could be bothered to stumble across it by Facebook, Twitter or just by chance at 11.08, by 11.45 I hit 101 and extended it to 200, and now at 12.14 I'm paying Bandcamp using the money that you crazy, generous fools sent me to extend it to 5000 because, you know, the interest is ridiculous.

I'm touched, and you're all crazy. What this means is the people who aren't sat in front of their computers at 11am on a Sunday will have the opportunity to leisurely log in after Antiques Roadshow (I don't know why I'm aiming this comment at my Dad - he treats the Internet with suspicion) and still enjoy free stuff at Christmas.

So, here's to listening to free stuff until we're all exhausted and stuffed full of free music until the mere mention of an mp3 blog will cause us all to spew music from our mouths.

Merry christmas, me.
Posted by Ben Marwood at 04:15

An EP for free 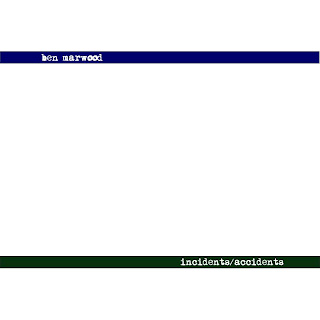 Whilst on the surface 2012 has been a quiet one for me, in reality I've been as busy as ever. I was working on the new album from January to September, built a webstore in March, spent most of April and May in the post office and ended the year actually playing some gigs like the real musician I was in 2011. Rejoice!

Now the dust has settled and 2013 is taking shape, and with the spectre of new releases looming on the horizon - two further digital EPs are heading your way in February, and there's a small matter of the new album in May - I figured it was about time to introduce these five stripped back, re-recorded versions of five old songs to the world; the Incidents/Accidents EP is available now through Bandcamp, free for the first 100 of you, and a shiny pound from then on.

No you're right, that's not much money but fuck it, it's Christmas.

All five of these songs originally saw the light of day between 2007 and 2009, with a couple of songs featuring on the This Is Not What You Had Planned mini-album and a couple on the split EP with Oxygen Thief and Jim Lockey. This time around though, it's as basic as a song can get - just me shut in the tiny vocal booth at White House Studios with three microphones and a guitar for these stripped-to-the-bone live versions.

.. And merry Christmas etc.
Thank you to those of you who came out to the final five shows of 2012. Each and every one was great in its own way, from the massive York show (still can't get used to security barriers) to the crammed hometown Reading one, highlights being the entirely-acoustic Oxford show with Dive Dive and Francis Pugh & the Whisky Singers and introducing Retrospective Soundtrack Players to the After Dark 80s club night. 'Easy Lover' and 'Uptown Girl' all over.

There'll be news on the two new EPs in the first week of January, so keep your information centres peeled. Have a merry Christmas and a great end to 2012 - what a year, even if it looks a bit like I've done bugger-all.